Updates are released to every game, whether they're security, features, or even optimisation updates. This is a list of all March of Industry updates and their attached changelogs.

"Over the past two weeks, I've brought the game to PAX, SIX, 8Bit History, and Vlogger Fair.  During that time, I've had the opportunity to chat with players about their thoughts on the game.  One point that keeps coming up is that they don't think a free-to-play business model makes a lot of sense for March of Industry.  This has been further reinforced in online conversations.

To that end, I've decided to move MOI away from being a free-to-play game with microtransactions.  It is now under a somewhat more traditional business model: a one-time upfront-purchase.  The premium items are now included in the game at no additional cost.  This business model is simpler to manage, and seems like a better fit for this game.

I've set the price at $9.99 -- you can purchase now and get access to the beta, which also includes a Steam key when the game launches.  If we later make an Android build, it includes access to that APK as well.

Alpha.1836 reflects this, with the premium items now being given out as rewards when you upgrade your factory to the next level.  Premium currency has been completely removed.  If you previously purchased anything in beta, you'll receive the full game on Steam once the Steam version has launched.  After Steam launch, I'll be e-mailing the folks who have previously paid more than $9.99 with bonus access tokens to give to their friends.

As always, I'm listening to your comments, suggestions and concerns.  This move may be a bit of a surprise, but I do think it's the right thing to do for both the gameplay experience and for you as a player." -taken from the dev blog here as there was no changelog aviable 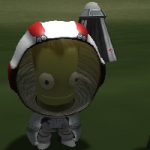 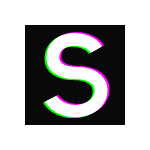